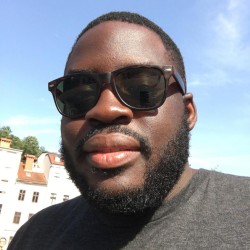 To make this simple, I'll only include the moments of my life that I remember, narrowing it down to the last 15 years or so.

Real Madrid started the trend of combining superstars in one team, instead of grooming them, this generation of Madristas were the Galacticos, and as any great team, the objective is to win the champions league, and oh, they did with class.

Regardless of your feelings abou Lance Amstrong, at his prime he was the author of many breathtaking moment, albeit we now know how he's done it. If you follow the Tour, the stages start really easy on the flats, then the first couple of mountain rides thought the Pyrenees, followed by a break, and then the Alps, sometimes the order is flipped around to keep the race exciting. Armstrong showed a real coup of master, first he appeared to struggle, then in the last climb, before leaving everyone in the dust, he gave a death stare to Jan Ullrich, it read: catch me if you can!! Breathless!!

La scuderia Frerari splashed a lot of money on their new generation of cars, they have been struggling with their promising driver at the time. Michael was finally starting to make a good dent into Formula 1 in 1998 and 1999. His real success came in 2000 when he finally won his team’s first win in 21 years. Every race in that season of 2000 was special, however the most special race was in the Grand Prix of Italy, when Micheal broke down after tying the then record of most wins in a career 41. The German thought to be emotionless broke down, if you ask my opinion, I never viewed him as cold, he always celebrated his wins, not as crazy as everyone else, but they seemed to mean something to him. Winning in from of his arch rival Mika Hakkinen and with his brother 3rd on the podium with him, makes this event one of my favorites. Look at the sportsmanship as his rival consoles him

This race was amazing, I’ve been following sprint since I was a kid, Maurice Green, Frankie Frederick, Alto Boldon, Kim Collins, Donavan Bailey. Wow writing this makes me feel so old. The only other person as dominant i’ve ever watched was Micheal Johnson ‘la loco de wacko’ like my dad nicknamed him. I’m digressing. Bolt! Mr. Bolt was so dominant, there was so much space between him and his opponents, he beat the world record while thumping his chest!! those were the loudest 5 seconds i’ve lived.

This is I reckon the first time that a team I support a team wins anything, no truly, my teams always are the under dog, well they were, until they won. We subscribed to french TV, canal+ Horizon, and they kept going on repeat: “On est champions!! On est champions!! olle ole On est Champions!!”. The performance of the team, the story of a young team on the rise, with maybe a star or two at the time that dominated football for that year and years to come were all ingredients of a fairy tale. The final vs brazil was unforgettable, winning with class: 3–0. However the tournament itself held many surpises, the light struck of Laurent Blanc vs Paraguay, to the deadlock vs Croatia unlocked by Thuram, who by the way never scored before and after for his national team, it was almost like the story was written, so much of a great story it was. I hear the pundits said they bought it, something must have happened to brazil, but the closer you look at the team, and the way some of these players exploded on the international scene, the longer you understand, it was in the making.

If you look it up online, it is still like they didn’t win it. No real mention, no summary, not enough credit given to this team: The team of destiny. Despite the fact that they have been consistently in the playoffs in the years preceding the super bowl, despite the fact that they had a solid defense, and run game, I hear that’s what wins you championships; yet, there are still those out there that will take it away from the Baltimore Ravens, and that is why "WE" won. The Ravens played with a chip on their shoulders, to remain honest and objective, it was truly a matter of destiny, we beat Peyton Manning in Denver, we beat Tom Brady, oh that victory was sweet, and we beat the Goons of 49ers, who were already favored to be champions before season began.

There’s not much to stay about this, it is all in the title, we were laying the hammer on everyone.

Honorable and not so honorable mentions.

I did not enjoy Man U vs Bayern, or Liverpool uefa win, the nuance to this article is "MY FAVORITE" sporting moments. I know, I sound bitter.

I don’t like Nadal, I just don’t. Andre Agassi antics, were way before me.

However, Cathy Freeman, Michael Phelps wins in Beijing, France Rugby grand shelem, 1994 world cup, let’s not be crazy here, I was 5!! all get honorable mentions.

Moments I despised. 2004 Olympics usa lost to Argentina, dream team. Lebron James first win with the Heat, basketball hasn’t been good to me. 2010/11 Ravens lost to the patriots in like 3rd round of playoffs.