"we don't have much, but we live happy"

I've been conflicted on how to write this story: poetic style like I wrote my previous Colombian story or another tadbit tale? This is a poetic story, bare with me as I tell it... During my trip to Colombia, I didn't feel estranged because as it may seem I was a costenos. A quick google search would have led me to the answer I needed as to what exactly was a costeno, but I let myself bask in the ignorance that led me to a very pleasant surprise.

Like the tale of Oslo where we shortened our trip based on the "says". I almost never made it to Cartagena. The place regorges of surprises. First let's go with the negatives. Colombians have caught on that their place was relatively cheap to the western travelers and so there's a clear haggle at every turn in the air. I paid 2 times the normal price of a drink that the guy before me paid 4 times the price but to my great surprise the guy after paid the correct price. Gringos we are, at different degrees. Deal with it!

The place though, a vestige of Spaniard's conquests. Old city center is literally a fort, sitting slightly high, guarding the sea and various accesses into the bay through it's canons. Cobble stones, colorful walls, colorful robes and garment, spices, the whole city feels like an overload on colorful schemes and joy. Plaza with musicians, sellers, old church and bells, chariots navigating the streets and young folks bantering. The scenes in my mind from Cartagena are from a movie with a dude with oily black hair and his Spanish Bella ready to flunk her dress and play Castanets. 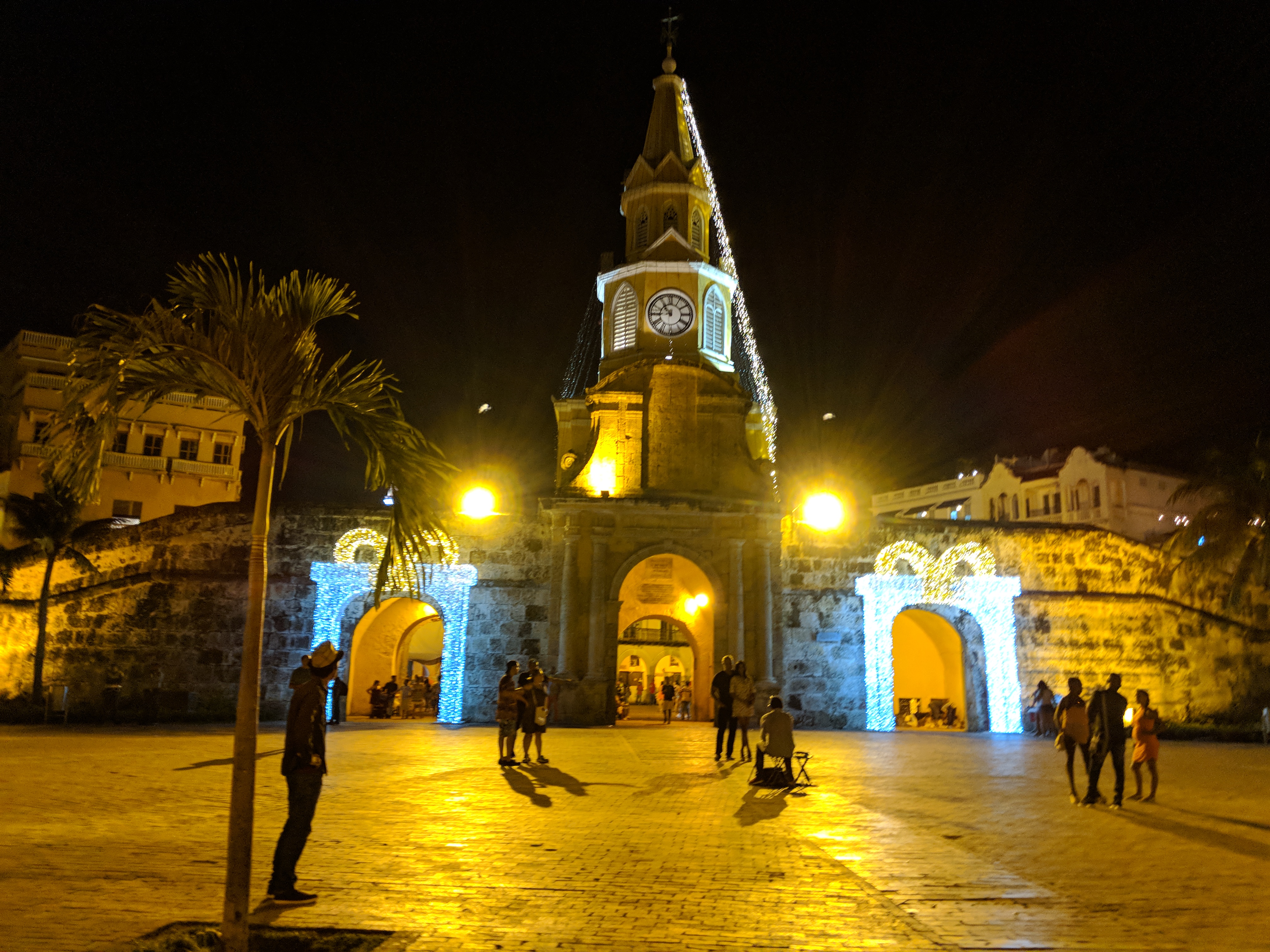 This post is already too long. Cartagena wouldn't hold dear to me if it was just another Spanish inquisition Museum. Cartagena to me is the sea. You can't miss the Atlantic, the fresh draw of the morning. From the first day, I was very taken aback, jotting notes of the place reminded me oh so much of my home, Togo. Costenos I said before, here in a weird way I belong. Why? the slave trade! And not in a glorious way, but in a painful reminder that we've been shipped away, have our resources taken from us, but still have to prove ourselves to be humane, you know, the usual, live in welfare unbothered, these human rights bs thou speak of when talking about pyongyang but hypocritically forget the land under your feat and the comfort of the home you just purchased is from a loot, I digress though, this is not that kind of story.... 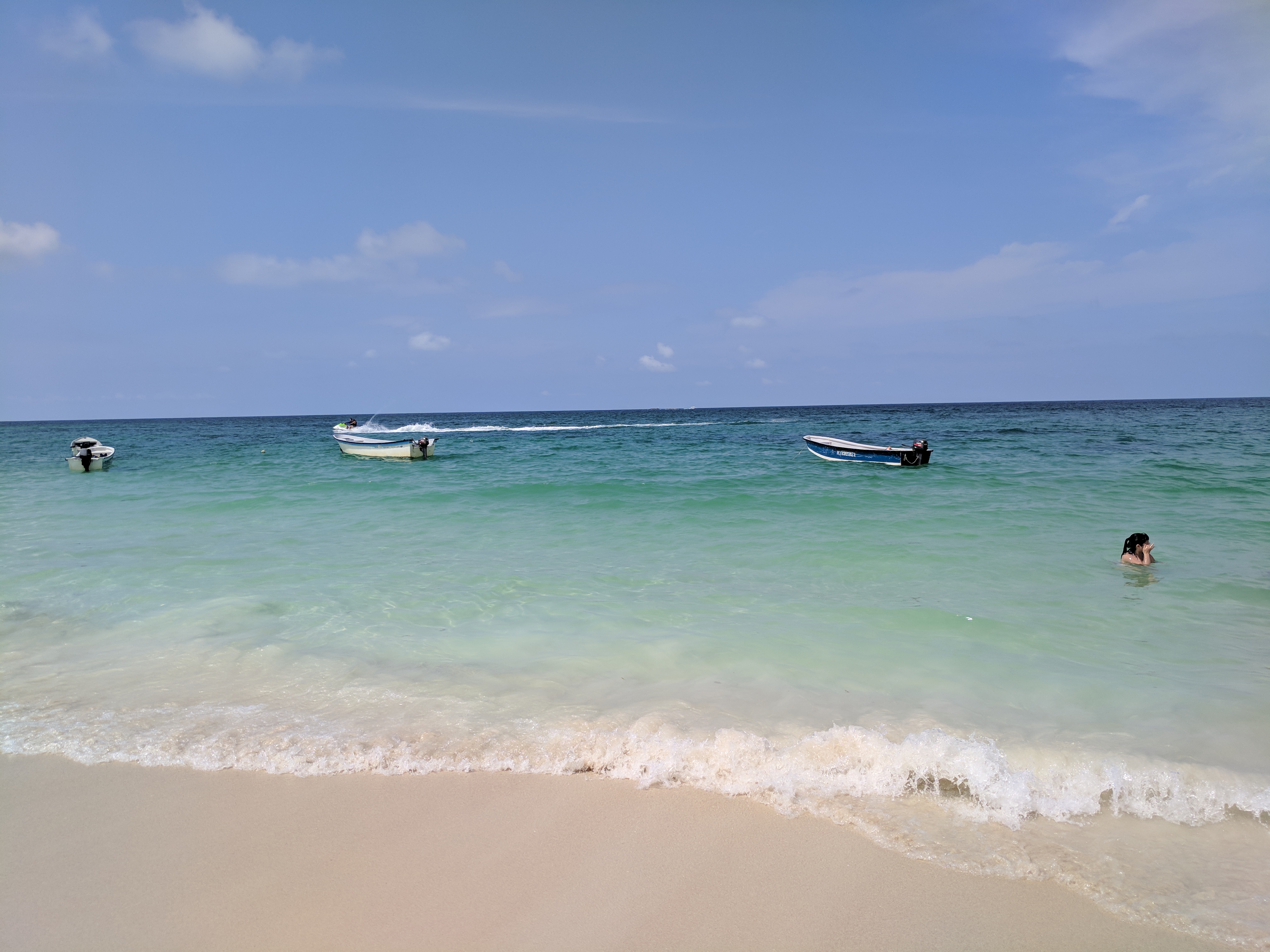 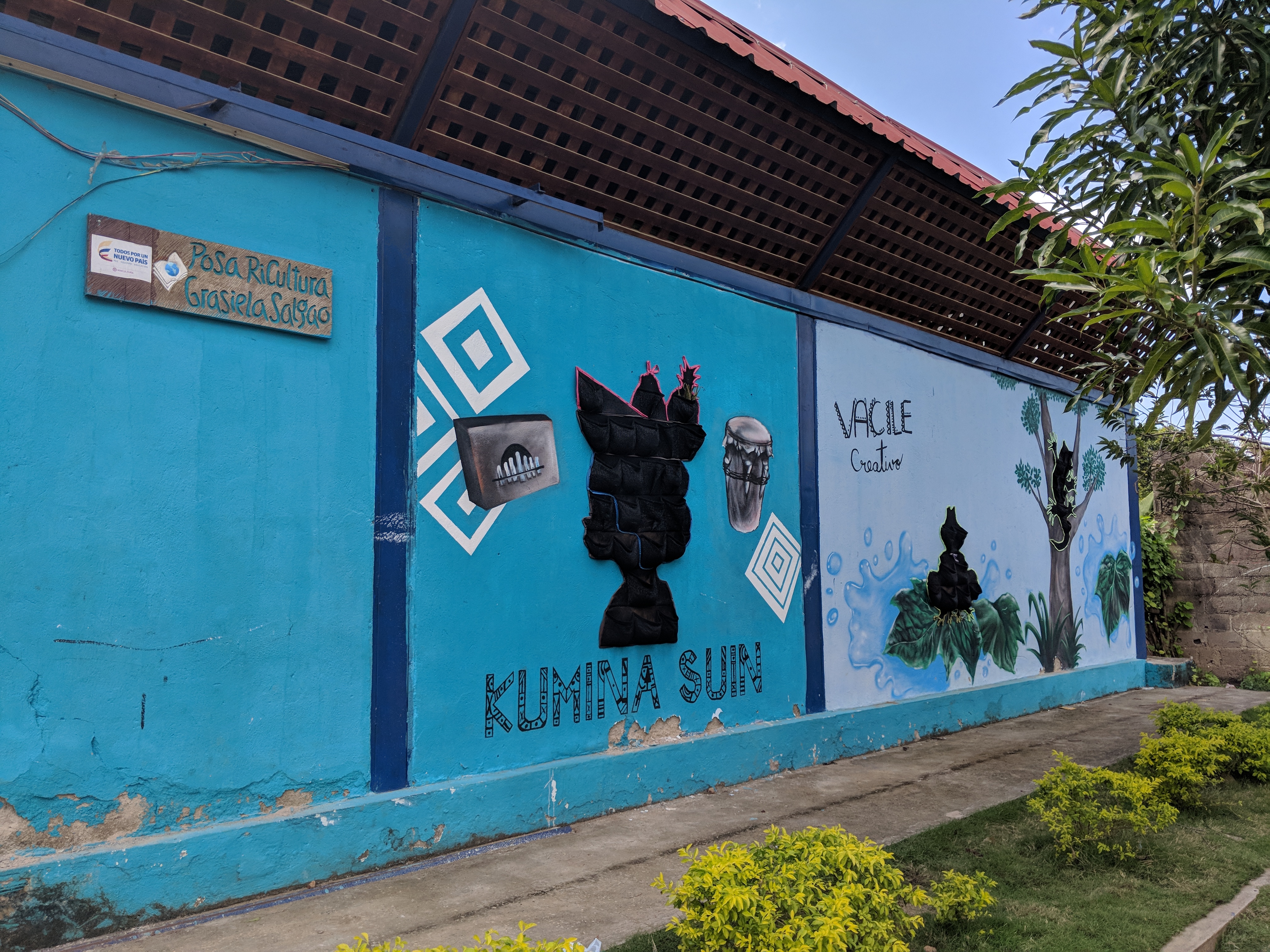 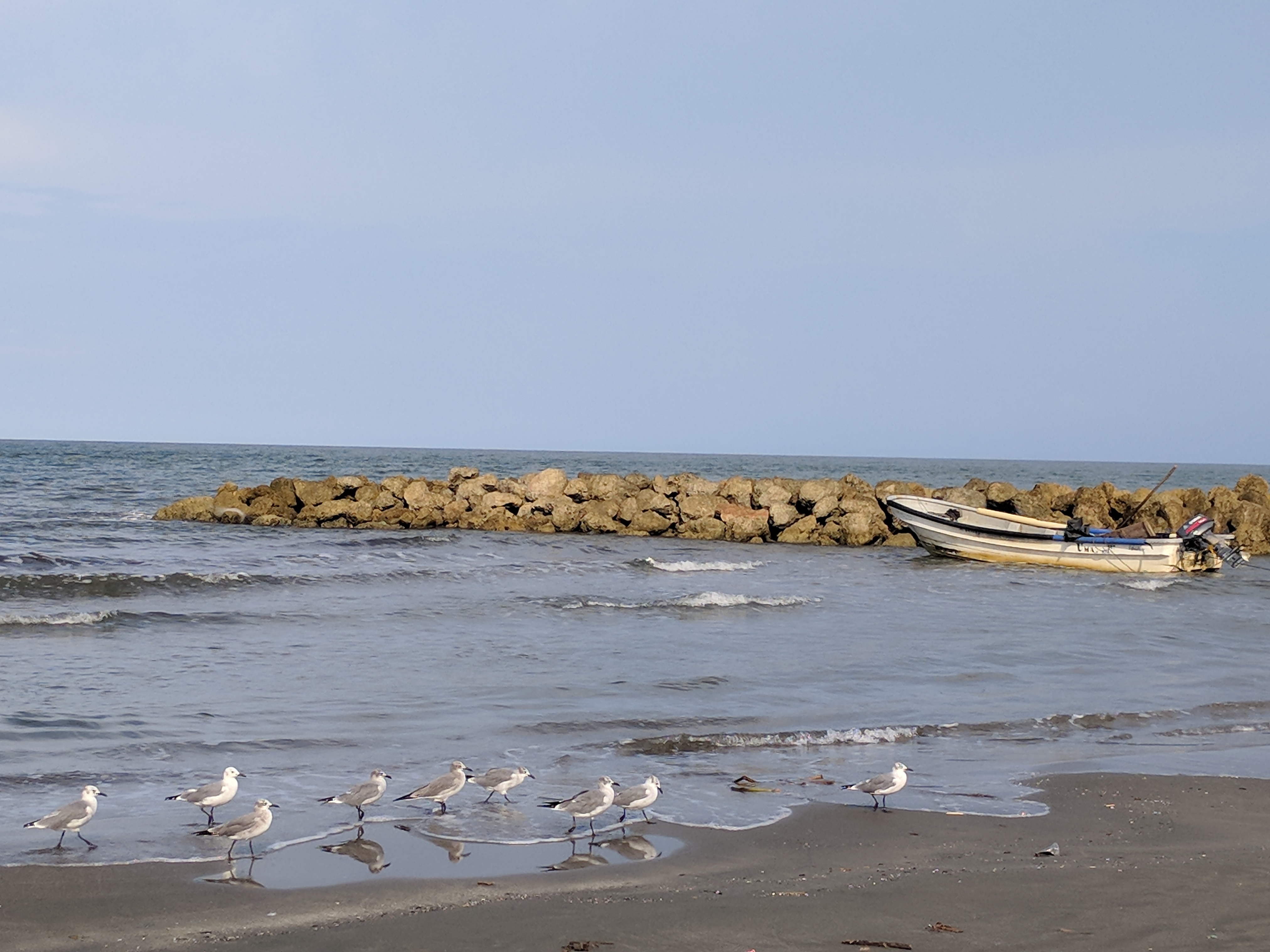 I had several deep conversations about "Evolution" due to this trip. I'm no anthropologist, but "parallel evolution" could be one of the reasons why I felt at home. Climate, melanin, food and culture, the way the cookie crumbles, we are comfortably so similar, we even share the same joys in music (Champeta), percussion (drums), dance - our "joie de vivre" seem to have survived our strife. The trauma of "my people" was not only getting shipped into servitude to the other end of the world. Meeting the Costenos and learning their history through the shared struggles we have today hints at how those who stayed evolved the same way.

I'm mid post and I have not called anything by it's name. Palenque! There I said it. The First Free Black Community in the Americas. Buried somewhere at the foothills of the Montes de María. The drive up is excruciating. If the Palenquenos came by sea, it's unimaginable how the migration inland happened, the sun was not forgiving on our ride in. Formed in the 1700s by escaped enslaved Africans. Palenque managed to preserve, it's culture and heritage, even language. Much credit to our tour guide, so glad I get to call him Friend now Alex Rocha, he calls it affectionately "Trip to the Afro-Colombians". 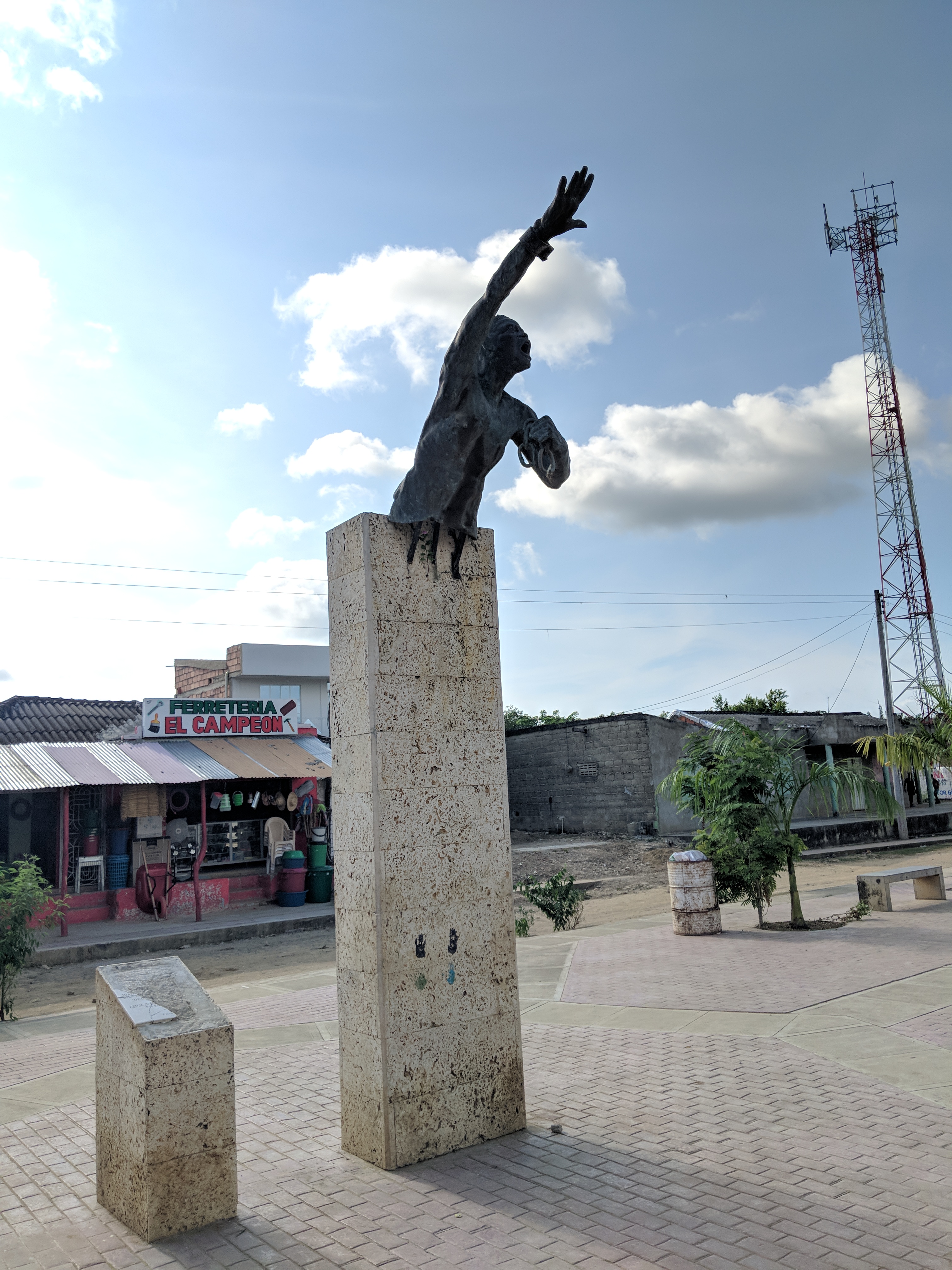 There's no better way to experience a place than through it's artists. Afro-Neto is the hometown hero. His graffiti on the city walls are hard stops. The quote that starts this post is his. We had the pleasure to sit with them and just talk about what it felt to live in Palenque. Especially how they preserve peace without governmental intervention. They were well versed in Hip Hop. His crew Kombilesa mi featured with one of the French Greats. Samiuel of Saian Supra Crew in a track entitled Vicelow. It's rushed and condense I know, you want me to tell you more about the place. If you make it in Cartegena, contact Alex Rocha for the Real Tour.

I'd like to tell you the million ways this place made me feel, but I have to leave some for the imagination, and some left to to be desired. If you are part of the African Diaspora, make the trip if you can, there's so much to our heritage than mainland, islands and the US. If you not, still make the trip. Alex Says sometimes it makes others uncomfortable to tell this story. I agree, it's not a spite, it's just what's left in it for us.

My trips especially to South Africa and elsewhere constantly open my mind as to what constitute happiness. I once read a magazine in the 1990's that was outlying places that had television and it didn't say it expressly but it had a heavy undertone of Television and Modernization are keys to happiness. We humans are inherently competitive, we strive to win the game we play. In Palenque, that game is art, music, community. Despite being sick to my guts that the gutters were not exactly where they'd should be, Afro Neto asked me if I was happy. I couldn't usher a single word, I was thinking of my student loan and buying a home, what will take me a 30 year loan to achieve. This sentence is so pertinent, I hope one can see the need for a home being equated to happiness. I'd like to admit I did it on purpose to make the point, but I didn't.

I'm not one to seek paradise on earth, if it existed seemingly, it's airport would be busier than bitcoin buys (December 2017 pun). This trip to Palenque has taught me a humbling lesson, or at least reminded me of one. When Kombilesa mi travels, they see the outside, it reminds them that Palenque is not new york. But they don't want it to be new york. It was never about the place but those there, living in a community, making an impact, aspiring to not leaving there someday, but knowing that what you have is enough because you are where you are supposed to be. Have you found yours? Til then!